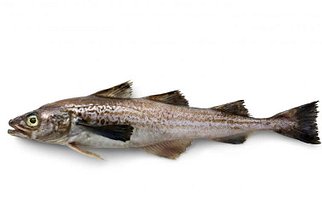 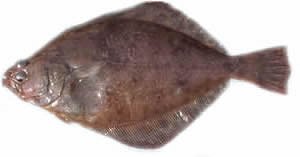 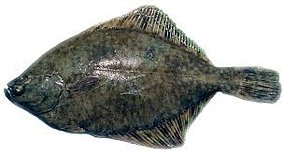 One of four important flatfish caught in the commercial trawl fishery off Canada's west coast. While its range extends from Baja California to the Bering Sea, B.C. is the northern limit of commercial abundance for the species. The largest discrete stock in B.C. coastal waters is found in Hecate Strait (Areas 5C-D). English sole live as long as 21 years and recruit to the commercial fishery at about four years of age. They spawn annually, males beginning at three years of age and females at four years. Abundance has fluctuated cyclically over the last 40 years, mainly because of variability in the ocean environment. English sole abundance increased steadily between 1962 and 1993. Since then, the stock has shrunk in size primarily due to a decline in the proportion of young fish recruiting to the population.

A flatfish caught in the commercial trawl fishery off Canada's west coast. The range of the species extends from Baja California to the Bering Sea, with B.C. near the northern limit of commercial abundance.

Ranges from Baja California to the Bering Sea. It is one of four flatfish species caught in the commercial trawl fishery off Canada's west coast, which is nearly the northern limit of this species' commercial abundance.

A large greenling (Hexagrammidae) providing a large recreational fishery from southern California to the Gulf of Alaska, and a modest commercial fishery from Oregon northward. Most are captured on hook and line and trawl. Catches of lingcod often limits trawl fisheries for other species because of low lingcod capture quotas. Adults occupy continental shelf depths from the intertidal zone to 300 m or more, depending on cool water at depth in the more southern locations. Lingcod reach 1.5 m in length and may live for at least 20 years. Adults live on or near the bottom, often in rocky areas where fish, squid, and octopus prey are abundant. Lingcod females lay large egg masses in crevices and under ledges in shallow near-shore habitats during winter and spring. Males guard the nest sites for 8-10 weeks until the eggs hatch.

A key species in the Alaska groundfish complex and a target species for one of the world's largest fisheries. Walleye pollock produce the largest catch of any single species inhabiting the 200-mile U.S. Exclusive Economic Zone. Pollock is a semipelagic schooling fish widely distributed in the North Pacific Ocean with largest concentrations found in the eastern Bering Sea.
Pollock are considered a relatively fast growing and short-lived species and currently represents a major biological component of the Bering Sea ecosystem. In the U.S. portion of the Bering Sea including the Aleutian Islands region, three stocks of pollock are identified for management purposes.

The shortspine thornyhead (Sebastolobus alascanus)  distinguished from other rockfishes by the spiny ridge across their cheek. They normally have 16 dorsal spines, while other rockfishes usually have 13
(longspine thornyheads have 15 spines). The shortspine differs from the longspine thornyhead by the absence of an elongated third dorsal spine, having deeper notched and lighter-colored pectoral fins, and a gill chamber that is light rather than dark. Shortspines are usually red or orange-red and often have white patches on their sides, back, cheeks, and spiny dorsal fin tips when seen underwater. Their fins can have black patches and there may be dark spots or speckles on their sides.

The second most abundant slope rockfish in terms of catch along Canada's west coast, after Pacific ocean perch (Sebastes alutus). These two species share many physical features and, prior to the mid-1970s, both were often classified as "red rockfish" or "ocean perch" in catch records.

Dominates the rockfish catch in Canada's Pacific groundfish trawl fishery. This long-lived species, commonly called POP, inhabits the sloping walls of marine canyons along the coast of British Columbia (BC) in association with many other rockfish species. POP has an important economic and cultural impact on smaller BC communities like Prince Rupert.

live close to the ocean bottom and appear to prefer areas of high relief near the edge of the continental shelf, where they feed on small fish and euphausiids. While males live up to 60 years of age, females rarely live to 35 years. They are often confused with yelloweye rockfish (S. ruberrimus) because of the brilliant gold colour on their sides.

This species is an important component of the rockfish catch in the commercial trawl fishery off Canada's west coast. Adults are captured at a depth of 50-375 metres, although juveniles can be seen in much shallower waters. The principal depth of capture is 100-200 metres.

Opportunistic feeders preying on invertebrates (amphipods, euphausiids, shrimp and crabs) and fish (herring, sand lance and flatfish). The species is widely distributed in the coastal North Pacific, from the Bering Sea south to Santa Monica, California in the east and the Sea of Japan in the west. Four stocks of Pacific cod are defined for management purposes on Canada's west coast: Strait of Georgia, west coast of Vancouver Island, Queen Charlotte Sound, and Hecate Strait. This report, however, considers only the Hecate Strait stock.